Keeping in line with guidelines given by CBSE, students at The Green School are assessed on pattern of Uniform Assessment System.

Scholastic Areas: While reporting students’ achievement in different scholastic areas, indirect grading in  absolute scale having five points will be used. The grades will stand for the following distribution of marks:

No retest will be conducted if a student remains absent for any written test.

Co-scholastic Areas: During an academic year, students will be observed and marked for his overall performance, in co- scholastic areas of the curriculum.

The grades will be reflected in the Progress report issued to the students.

Class V onwards: Scholastic as well Co-Scholastic areas would be assessed as per the CBSE norms.

For Play-group to Class II: 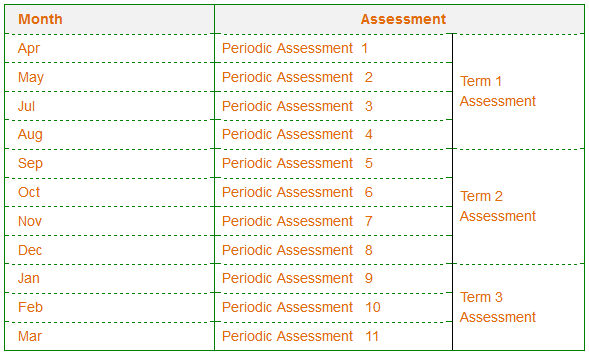